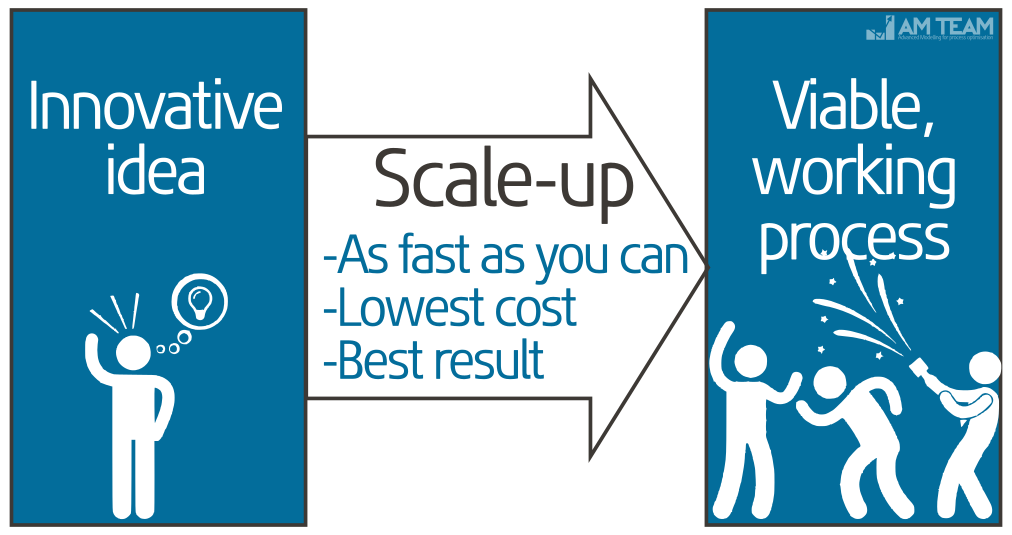 Scale-up of a new technology is challenging. Besides expertise, it needs persistence and significant amounts of time and money. Talking to a lot of process technologists worldwide, these factors matter and often play out simultaneously. This post is about the potential of advanced 3D process models* for accelerated and more reliable scale-up. This so-called model-based design is still largely untapped.

*We use this terminology for the next generation computational fluid dynamics (CFD) models that include process phenomena such as kinetics, particles and others solids, bubbles etc.

The scale-up of new technologies 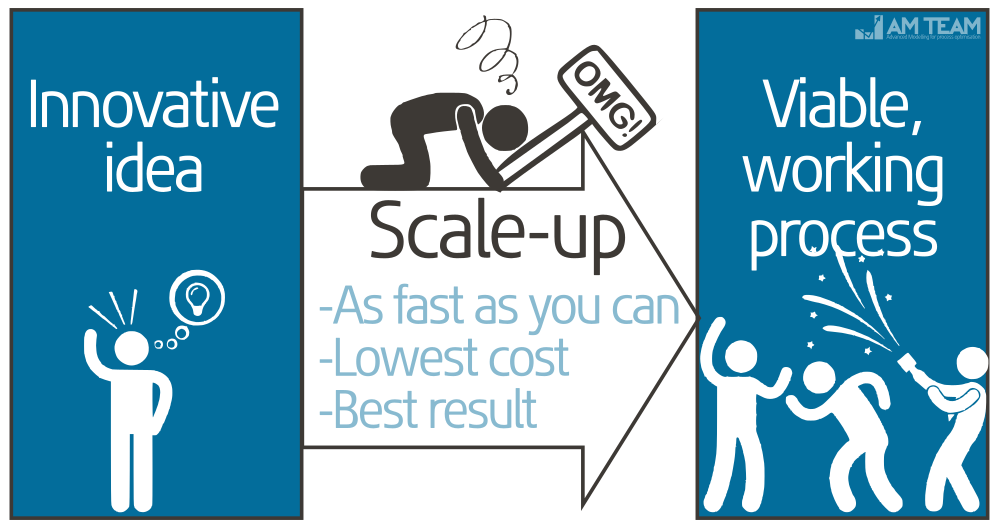 Scale-up would be a lot easier if everything, including the liquid and gas molecules, would scale along with the reactor. Once I heard the following quote:

If you are a parent yourself, you will probably understand.

So the question is: can we accelerate scale-up while simultaneously lowering scale-up cost and effort and increasing performance and reliability of the final design? Combining the technological savvy of technologists with in- depth advanced 3D modelling expertise has huge potential in this respect. See it as any specialist relying on advanced equipment, such as surgean relying on special scanning devices to take decisions.

What is virtual piloting?

If you have no or limited experience in using models that far, it probably sounds too good to be true. Of course! Experimental testing and measuring is and will remain of high value. We should just understand that today’s models can be highly accurate and powerful and that computers are faster than ever. The times in which one needed ‘multiple days’ for 1 simulation are over. And by the way, imagine a simulation would take several days. What’s the point in a scale-up exercise of several months to over a year?

CFD is too often used to confirm or double check an earlier made decision. It has value, but it is nothing compared to the concept discussed here, where advanced simulation influences decision making to some or to a large extent. The ratio real experimenting vs virtual experimenting can vary a lot throughout projects, but the value is very high.

What is the current status of the models?

Let’s look at some typical process phenomena in, where we can have bubbles, solids and liquids, sometimes reacting and interacting:

The technology designer’s role is to control these phenomena as good as possible in a well-designed production or treatment process. But as the figure shows, there are so many design and operational variables. To test all of them is practically infeasible, and one often has to make a smart selection of these. For example, we had a project in which the following factors determined the end result:

We used a very realistic CFD model to go from the 3 m³ pilot to a 100 m³ full-scale installation performing equally well. The model included 2 different bubble sizes, mass transfer, kinetics and accounted for the system specific viscosity due to solids. 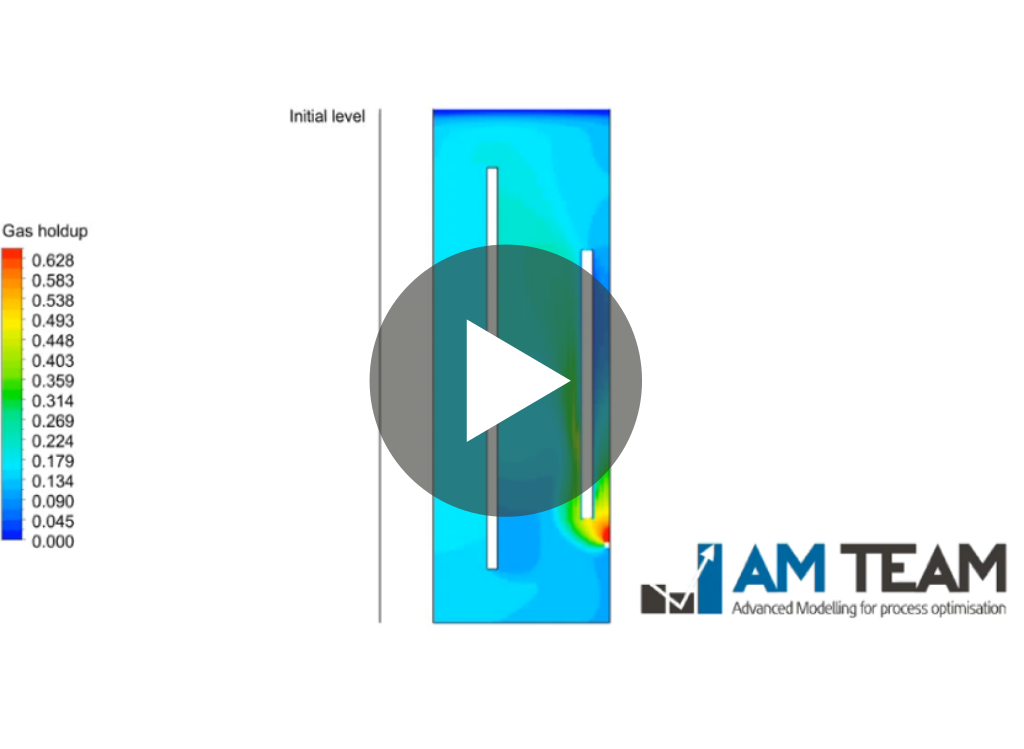 Example of a dynamic 3D simulation, including air, liquid and kinetics

This was a typical case where scale-up problems were not solved by only showing where the dead zones were. We needed to calculate the final water quality, in terms of concentration levels.

We have seen many examples in which pilot design was altered along the way (eg opening and replacing part of the reactor),consuming a lot of man hours and expensive reactor material. Many of those prototypes could have been tested virtually at a fraction of the cost.

One of our clients could cut the development time of a new technology by half, while saving a lot of stainless steel and man hours. The final “model-based” design exhibited excellent performance.

The earlier mentioned goals of virtual piloting are illustrated in the following pareto-plot: not only should you be able to accomplish more with 20% of the effort (efficiency and speed),the reachable maximum will be higher (more effective process). 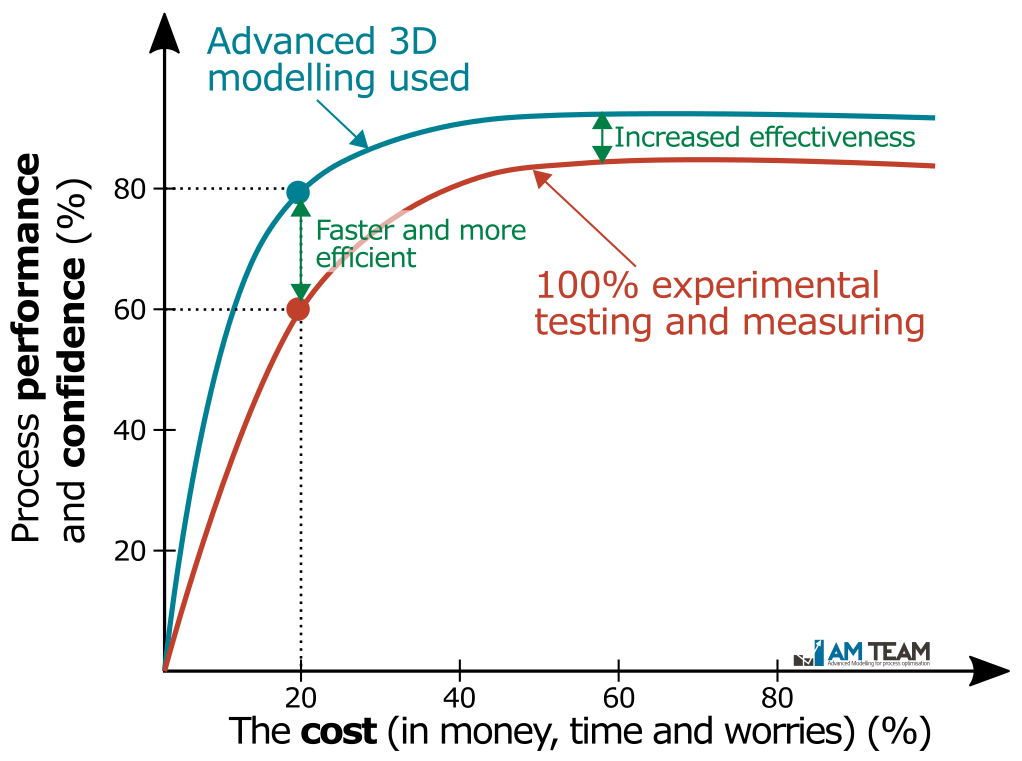